By Horners AdminNovember 20, 2018Other Activities

1349 (Woking) ATC Squadron, the RAF, the Cadet Squadron with which the Horners’ are affiliated,  held their annual inspection on Saturday 17thNovember. The Receiving Officer for the event was Wing Commander Andy Massie OBE MPhil MA RAF who is a Royal Airforce Pilot and Qualified Weapons Instructor.

The cadets provided an excellent parade in front of the Receiving Officer, the Deputy Mayor of Woking, Horners and parents. The Horners were well represented by the Master, Upper Warden, Past Masters Ray Anstis, Lynn Walters, Honary Assistant Malcolm Wilkinson, Honary Freeman Irene Wilkinson, Assistants Clive Thompson, Barry Maunders (Squadron President) and Freeman Robert Pinchen. It was also nice to see a number of formers cadets return for the parade, some who have now completed their training in the armed forces.

Following the parade, the visitors were given refreshments and then a tour round the Squadron to see examples of the many activities that the cadets had taken part in during the year; a popular demonstration was the flight simulator, which the Horners funded a few years ago, on which the cadets can learn “how to fly.” It was a good opportunity for Horners to talk to the cadets.

The final event was the Awards Ceremony, where individual cadets received awards for achievements during the year. During the Ceremony the Master presented the Horners President’s Trophy for the best overall cadet, won by FS Muir, the third time he had achieved this during his time as a cadet. FS Muir was attending a cadet leadership course on the day and the trophy was collected on his behalf by his brother cadet Muir. The Master also presented to the Commanding Officer, Flight Lieutenant Wendy White, a book “Spirit of the Royal Air Force One Hundred Years of Excellence” that Freeman Robert Pinchen had kindly donated. 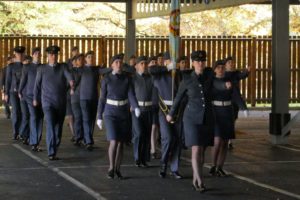 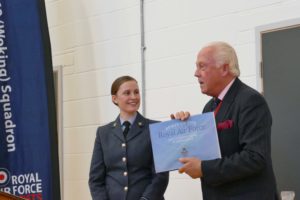 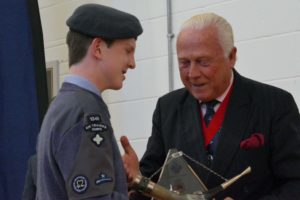 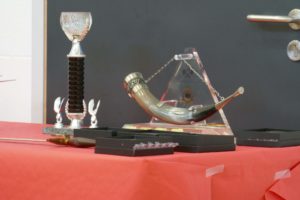 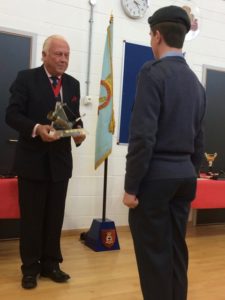