A SHORT HISTORY of the Horners by JF FISHER

Not so long ago, all Horners received their complimentary copy of Irene Wilkinson’s excellent History of the Horners.  Incidentally, if you have mislaid your copy, or would like another one, more copies are available from the Clerk at a cost of £25 to include postage and packing.

A previous history was written by J F Fisher and first published in 1936, shortly before our links with the plastics industry. Commissioned  and paid for by Liveryman George Becker, it was beautifully printed with a black and cream binding and the cream pages within had ragged edges giving the book an antique look. It even included a  transparent leaf protecting the pages of each of the various illustrations. A complimentary copy was sent to all members of the Company with a letter suggesting that the recipient made a contribution to the Horners Charity Fund. Attached is a copy of the letter sent to my grandfather.

Our Honorary Archivist Roger Cline has had a look in the archives and reports as follows:

“There are two ORIGINAL versions of this letter in the Archives and Keith Pinker recently sent me a scan of the circulated version his grandfather received with his copy of the history.

The letter asks for the arrival of the History to be acknowledged and the Archives have the acknowledgements in a bundle. I quote from the letter of WH Cork, an accountant writing from his office at 19 Eastcheap (admitted in 1921 and presumably the father of our Past Master Sir Kenneth Cork):

‘I have received, with the greatest possible pleasure, the very wonderful book which Mr George Becker has prepared. Will you kindly let me have his private address as I should very much like to send him a personal note. I do not think I have ever seen a book which has been so delightfully printed.

So far as the Charity Fund is concerned, I am naturally anxious to subscribe; can you give me an idea of the general subscription which is being sent by members as this would assist me?’

The Clerk replied, giving Becker’s address in Castlenau and saying that the gifts to the Fund ranged from ten shillings to five guineas. Bearing in mind that someone earning  £30k pa today would have been earning less than a thousand a year in those days, the gifts are generous!

I remark that George Becker financed the book but he did not prepare it. Poor old FJ Fisher who actually wrote the book deserves some credit, too!

My enforced isolation due to Covid-19 has enabled me to spend time putting the archives into better order and finding gems such as this!”

In 1990,  the book was reprinted , thanks to the Generous sponsorship of ICI, and a complimentary numbered copy was sent to all Horners. This book, with its blue cover was conventionally bound and can sometimes be bought second hand on ebay. 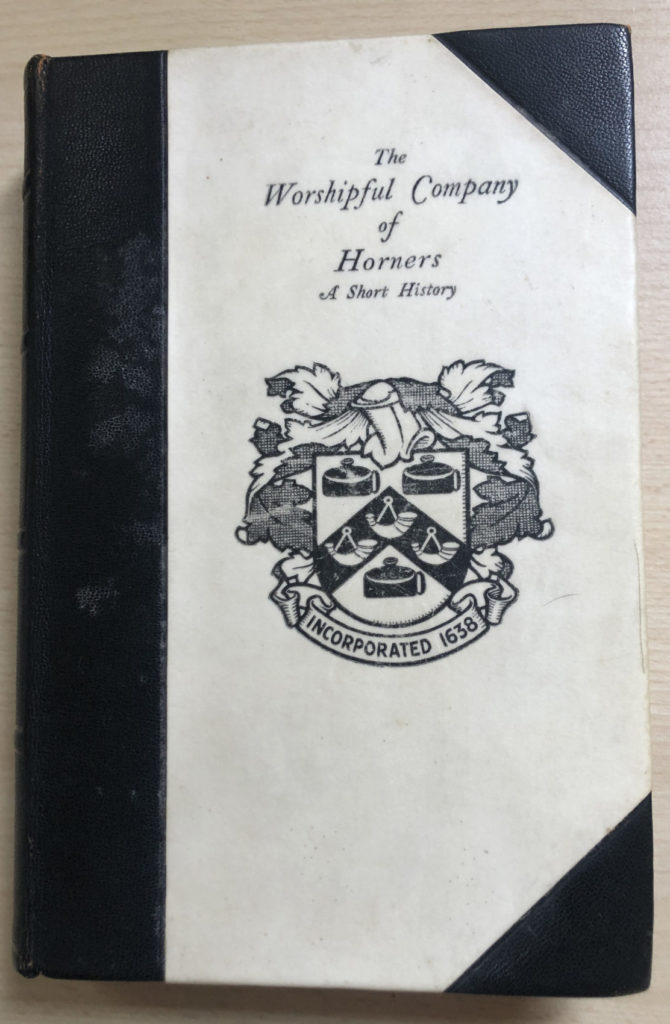 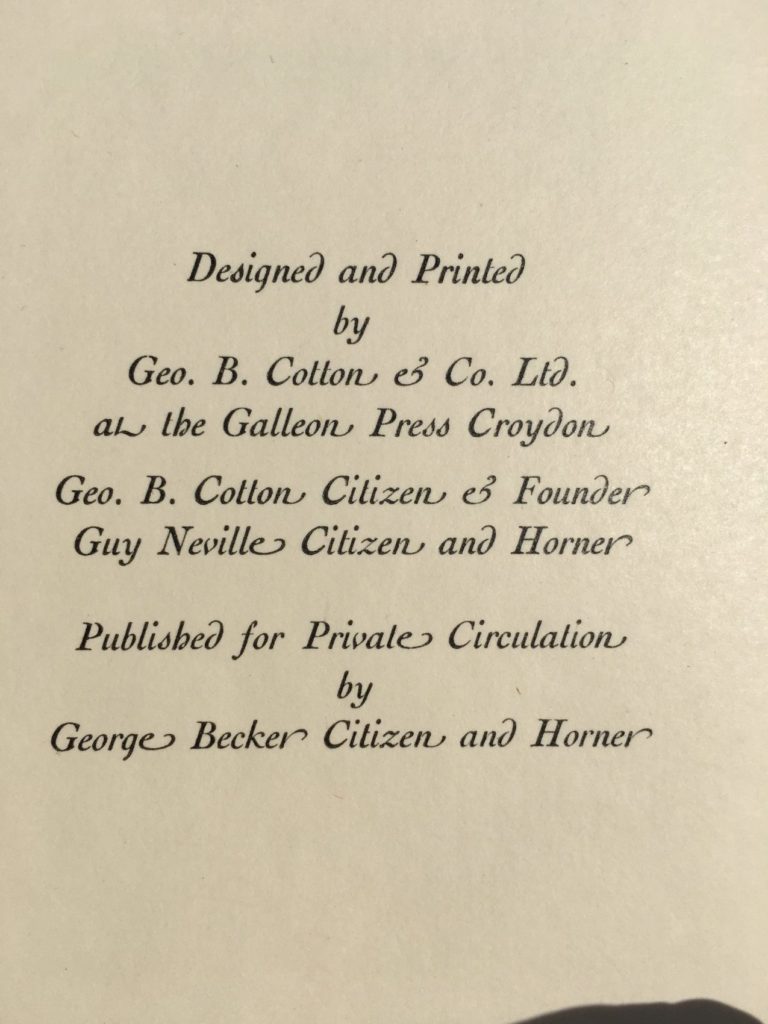