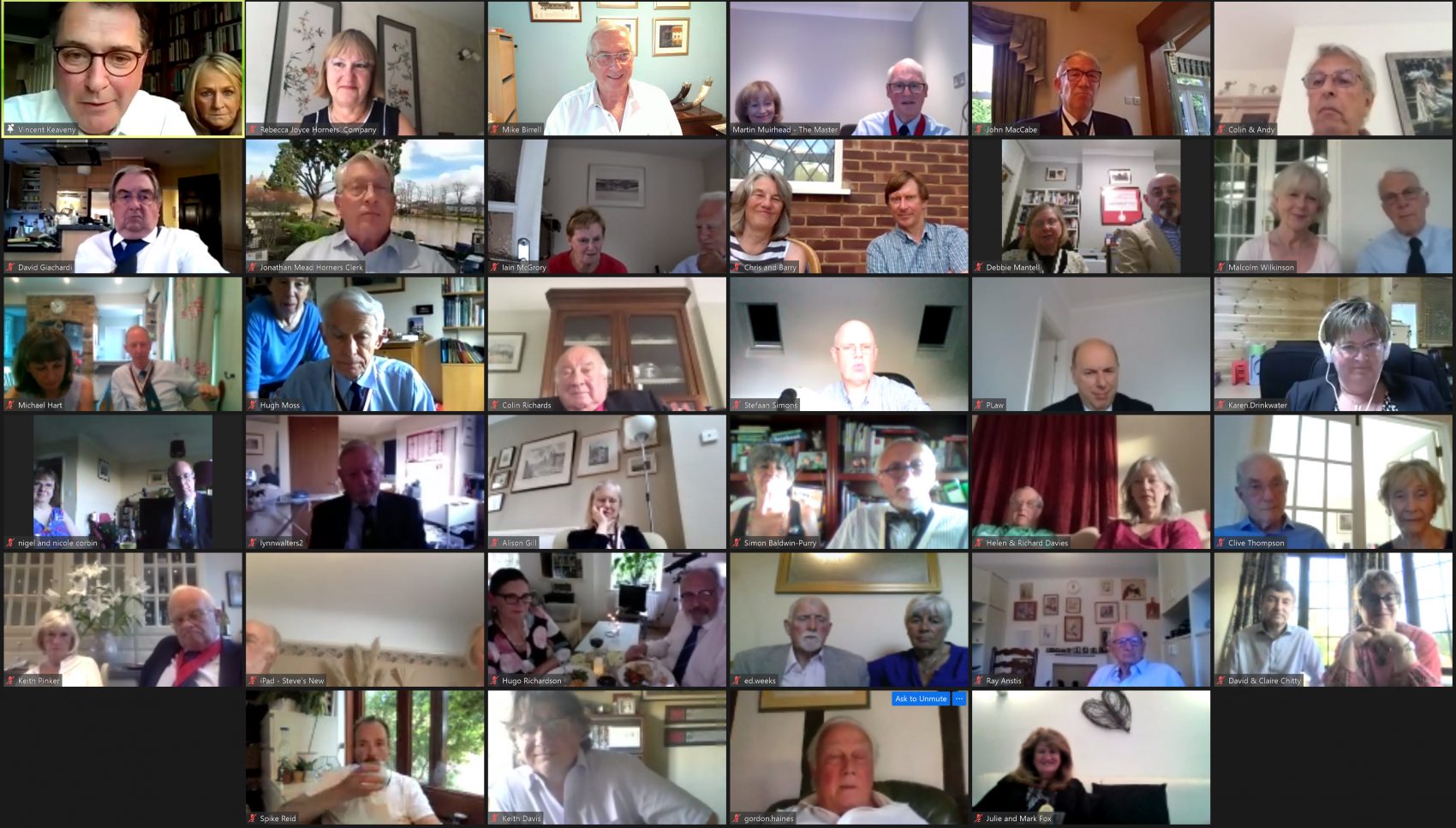 At what is hoped will the last Court Meeting  held virtually by zoom, two new Horners were admitted. John Hugo Richardson became a Freeman and for the first time the President of the British Plastics Federation (BPF) was invited to become an Honorary Freeman. Our Livery has strong links with the BPF and a number of their members have become Horners and some have risen to Master Horner. We were very pleased that their current President Mrs Karen Drinkwater accepted our invitation and was admitted as an Honorary Freeman.

Shortly afterwards the Summer Dinner began.  Our guest speakers were Alderman Vincent Keaveny, Senior Alderman below the Chair and Karen Drinkwater. As the evening coincided with the Euro2021 semi final between England and Denmark, the evenings kick off was half an hour before the football kick off during which our two Guest Speakers made their speeches. We were very pleased that Vincent was able to be with us especially as he is to be the next Lord Mayor. Karen spoke of the strong links between the Horners and the Plastics Industry and the various  joint projects that we undertake together.

Once the football began we were divided into ‘football’ and ‘non football’ break our rooms so that those who wished to watch the game could do so.

At half time we all returned to the main room and were entertained by Amy Holland, our Becker scholar at the Guildhall School of Music. She beautifully sang an aria from Carmen followed by a song from Les Miserables. She was given a warm round of virtual applause and was warmly thanked by the Master.

Once the football was over and an address by the Master, we returned to our breakout rooms to continue socialising and celebrating England’s 2-1 win over Denmark! The last night owls finally logged off sometime after midnight.

We all hope that our next event will be a return to  normality at Painters Hall.