With another season about to start with the Annual Dinner on 30th January at National Liberal Club, usually expertly organised by Colin & Andy Freedman (if they return from the land of Oz!), it is time to look back and reflect on last year, and play the credits for some excellent performances, both individual and team-wise, and overlook those that were not too good!

Overall, we participated in a record number of events (21), with 25 members and 11 guests participating in our Spring and Autumn Open meetings, 4 matches and 10 inter-livery events. As you can imagine, this requires commitment and reliability from our members, and I am pleased to report that we were neverlet down. Thanks to all!

Of course, this year in addition to our regular fixtures we were persuaded to organise a Golf Day in aid of the Lord Mayor’s Charities. This was held on a glorious July day at Burhill, and we were fortunate that our own Lord Mayor(Alderman – now Sir – Dr Andrew Parmley) was able to attend and present the prizes, ably assisted by our Master, Alison Gill. 25 teams of 4 participated in the Tournament, with the Information Technologists just beating the Chartered Accountants for the team prize. Unfortunately, neither of the 2 HGS teams were amongst the prizes, except the ever-dependable Maggie Bradbury, who won the individual ladies prize. 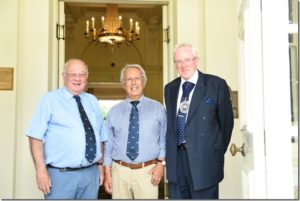 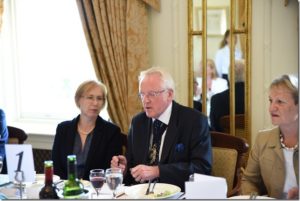 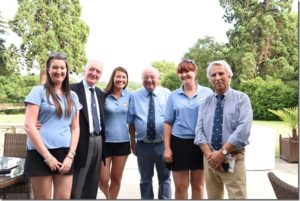 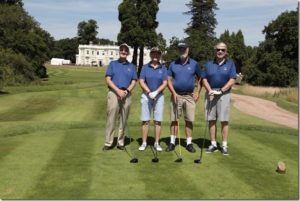 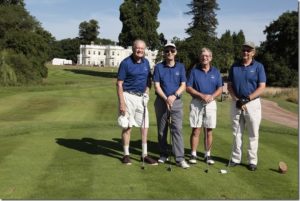 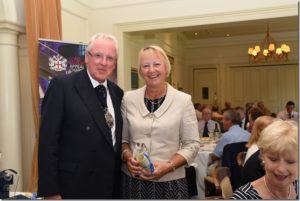 Overall, we raised £10,000 in aid of the Lord Mayor’s Charities, and thanks must go to the whole Horners’ team involved in the organisation of the event, which included as well as yours truly, Jack Bunyer, his 3 daughters and most of his office staff (!), Colin Freedman, Steve Bradbury and Judith Price, together with Pauliina Lyttinen (Guildhall), Keith Baker (2016 organiser) and David Williams (formerlywith HM Royal Palaces). There was also great support from other Horners who provided Raffle Prizes, participated and provided help on the day (particularly our Clerk, Jonathan).

The other major event of the year was the 14th Annual Horners’ Trophy Competition at Ashridge which, thanks to Colin & Andy Freedman, is now a well-supported inter Livery event, and with increased participation, it has now allowed us to operate a “shot-gun” start. The day was won by the Fruiterers, and the Master presented them with the beautiful engraved horn trophy donated to the Company by Glenn & Patsy Beall.

Other items of note from the year were:

The new playing season begins with our Spring Meeting at the fabulous Swinley Forest Course on Friday 23rd March, and all Horners and guests are invited to join us. Even if you just want to come to lunch, this can be arranged!