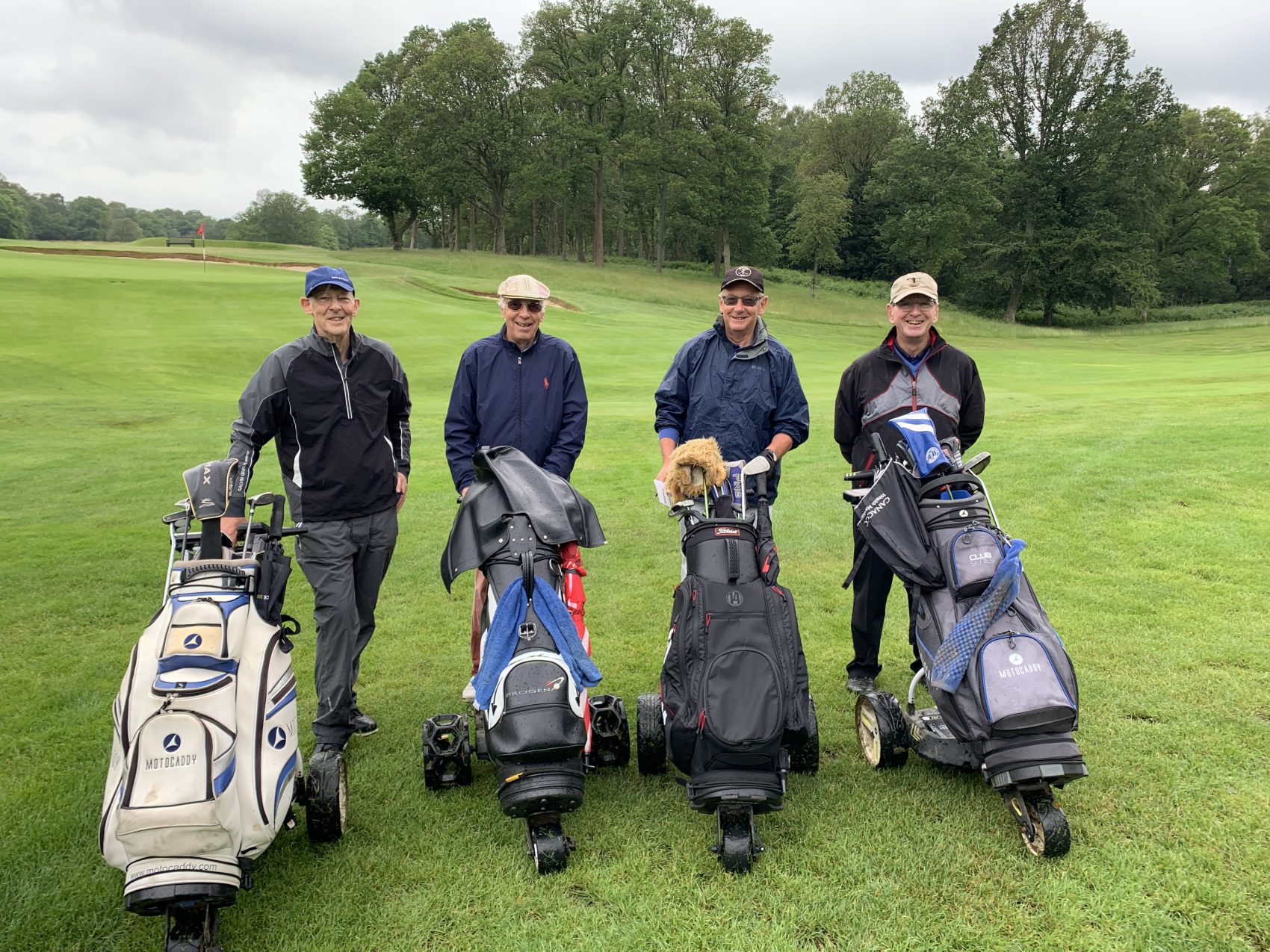 The Horners’ Golfing Society (HGS) organizes golfing events for members of the Company, and invites friends and family members to participate whenever possible. It provides social interaction for all levels of golfing ability, in many different Golf Clubs around the South East of England. Additionally, an Annual Dinner, and a long weekend holiday to the South of Spain (Marbella) are organized to which partners are invited.

The main events organized by the Society are a Spring Meeting at the prestigious Swinley Forest Golf Club near Ascot, and an Autumn Meeting at Thorndon Park Golf Club (the best golf course in Essex!). Additionally, an inter-Livery event is organized in June each year at Ashridge Golf Club (near St Albans) for the Horners Trophy, which in 2021 was the 17th Anniversary of what is now one of the most popular and well supported golfing competitions in Livery Golf.

As well as the above events, the Society organizes teams that participate in the Prince Arthur Cup (the Annual Livery Golfing Competition at Walton Heath Golf Club); the Annual Lord Mayor’s Charity Golf Day; “friendly” matches against other Livery Companies and representation at the Golf Days of other Livery Companies. In a normal year, overall, the Society participates in about 20 different events.

The Covid pandemic and associated restrictions placed on individuals and Golf Clubs has played havoc with our programme of events, with all fixtures in 2020 cancelled, and the 2021 start being delayed until June.

We were fortunate that we managed to delay the start of our 2021 Season to June, when we held the 17th Annual Horners Trophy Event on “Freedom Day”, 21st June! The popularity of this event was demonstrated by the involvement of 72 players from 14 different Livery Companies, despite some restrictions still having to be enforced. As you can imagine, arrangements for the event by our organizers, Colin & Andy Freedman, was difficult, with team changes imposed by Covid isolations impacting many of the participating teams. Then, on the day itself, Andy was hospitalized, and Colin called into support action! Fortunately, Mike O’Brien took charge, and with the help of our Treasurer, Steve Bradbury ensured that everything went smoothly. In fact, this was the most closely fought event in the history of the Competition with four teams tied on 86 Stableford Points (best 2 scores from a team of 4 players on each hole). The winners were the International Bankers, based on their score over the last three holes, from the Firefighters, Framework Knitters and the Information Technologists. (See photograph). 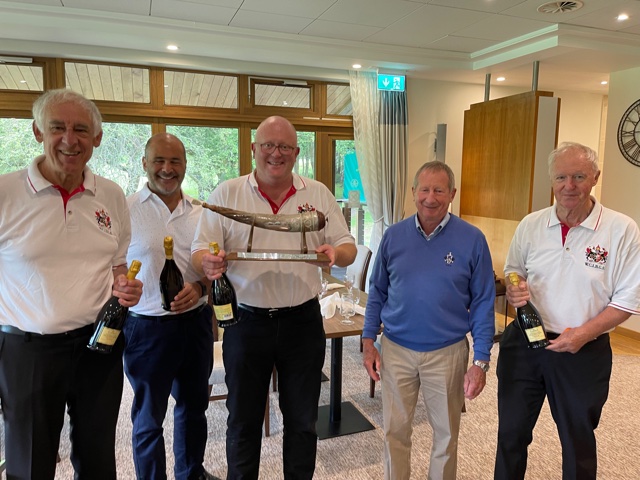 Subsequent events included participation in Golf Days organized by the Tallow Chandlers (Newson-Smith Cup) at East Berks when we achieved a creditable third place; the Loriners Golf Day at Sundridge Park; the Plumbers Golf Day at New Zealand and the Information Technologists Golf Day at Bearwood Lakes. We also entered teams into the Prince Arthur Cup at Walton Heath; the Lord Mayor’s Charity Golf Day at Moor Park and the “Dan’s Fund for Burns” Charity Golf Day at Brocketts Hall. The only match we managed was against the Actuaries at Burnham Beeches, when two very depleted teams contested the “Medlock Mug”, and we came second!

The current season is due to start with our Spring Meeting at Swinley Forest on Friday 18th March. We are being restricted to a morning only event played in three-balls, but at least this will give time for a long lunch with all the desserts you’re not allowed at home! This event is open to all Horners and their guests, but you are advised to book early, as we are restricted to 24 participants.

Other confirmed fixtures are the Prince Arthur Cup at Walton Heath on Thursday 19th May (for serious golfers only!), and the Horners Trophy at Ashridge on Wednesday 15th June, when we would hope to field two or three teams of four. There is also the Marbella Holiday from Sunday 9th to Thursday 13th October (please contact Colin Freedman for availability on this).

Other fixtures will be announced when they come in, but so far we have the World Traders Golf Day at Woldingham on Monday16th May; Match versus the Actuaries at Burnham Beeches on Thursday 26th May; Tallow Chandlers (Newson-Smith Cup) at The Drift, Effingham on Thursday 16th June; “Dan’s Fund Charity Golf Day at Woking on Friday 24th June and Ray Jeffs Cup (Air Pilots & Navigators) at Hartley Witney on Thursday 28th July. Full details will be provided to members of the Golf Society (Annual Subscription £25), and anyone else who would like to join us. All welcome!