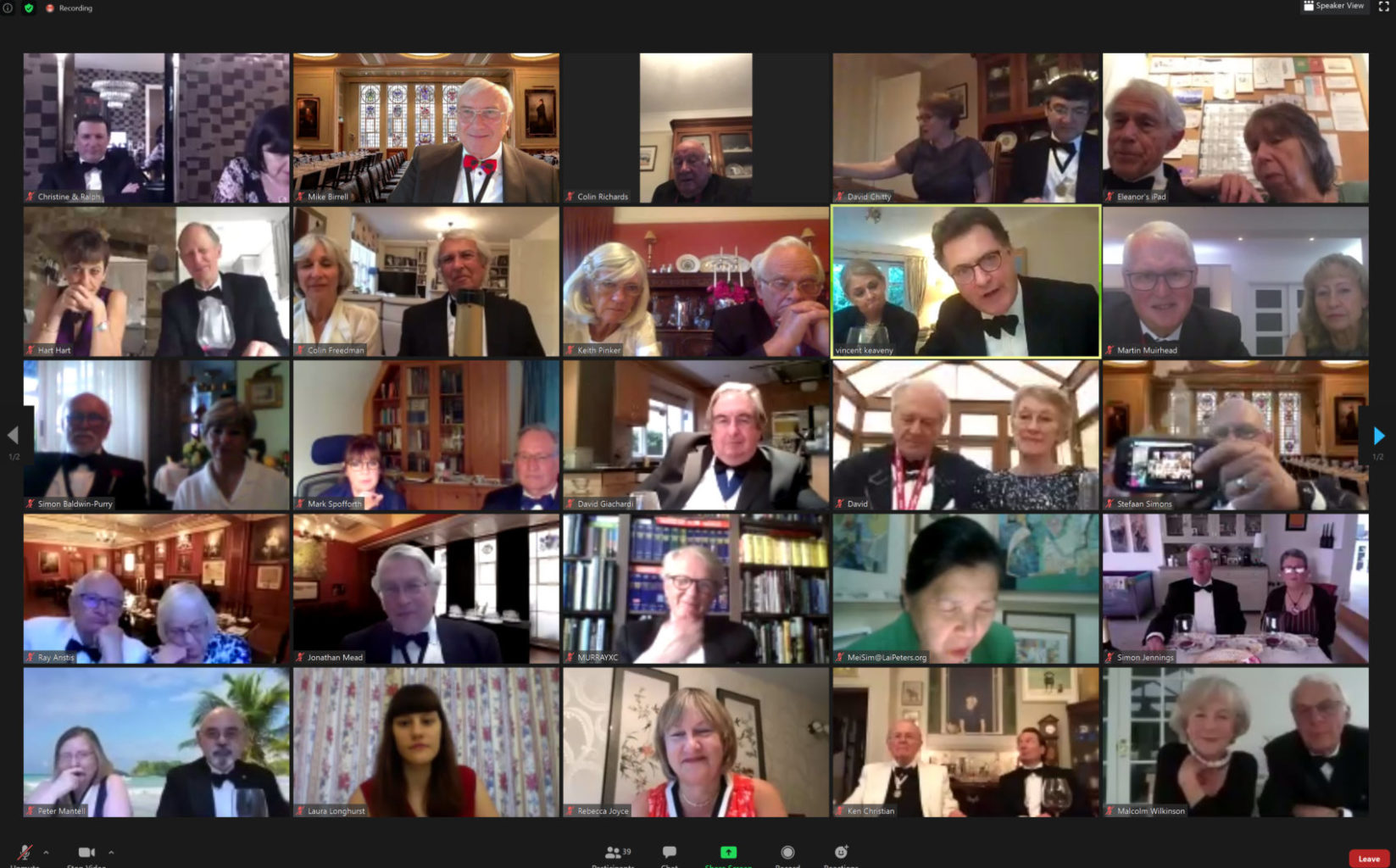 On 10th June we were unable to come together, as planned, for our Charity Dinner, following the June Court meeting.  This, however, did not stop sixty two Horners joining in a virtual party!

We were joined by Murray Craig, Clerk of the Chamberlain’s Court and Alderman Vincent Keaveny, Sheriff of the City of London.  Both spoke to us between courses and were, as always, most interesting and entertaining.

At the end of the evening, Past Master Emeritus Jeremy Cartwright, Father of the Company entertained us with ‘The Horners are Best’ – as ever – accompanied by Sir Andrew Parmley.  This was pre-recorded, prior to social distancing!

This would normally have been our charity focused dinner in aid of the Master’s Charity ”Serious Trust”, but through the Master’s Virgin Money Giving page, his target of over £5,000 was reached.