The Horners were again very well represented at the second annual Glovers Croquet Tournament at Southwick in West Sussex.

Colin and Andy were “up north” but were very ably replaced by the Clerk and Peter Redway who together with Steve and Maggie Bradbury, Heather and Geoffrey Longson, Denis Cruse and the author again making up an entry of four pairs, the second largest livery company team apart from the Glovers themselves.  This year word had got around about last year’s successful tournament and we were joined by many new teams to form a very diverse group from the Butchers, Air Pilots, Chartered Accountants, Coachmakers, Girdlers, Cordwainers, Coopers, Frame work Knitters, Makers of Playing Cards and the Gold and Wyre Drawers.  The increased numbers meant that we were fortunate to retain our entry of four teams.

We also had a good contingent of Horners’ supporters with the Master very kindly making the long trip from Hertfordshire to encourage and advise us, Caroline Ross producing professional photographs and Margaret Redway from the side lines and Judith Price from the kitchen cheering us on.

We were all given an update on the technique and rules of playing and off we went, this year with the benefit of two semi-professional croquet players available for advice on rules or mediation if things became a little tricky.

The lawns had been particularly well-prepared, any poor shots could certainly not be blamed on ground conditions!  We were told that Southwick is to be the centre for the Croquet World Championships at the end of July and beginning of August so were kindly asked not to try any trick shots that could do any damage to the lawns.

Another new innovation this year was the pairing of winners with winners and losers with losers as the tournament progressed.  This meant that all the Horners’ pairs had a win under their belts quite early on.   We did stand out as the only team in co-ordinated dress but our play was not sparkling enough to put any of us in the top three.  The highest pairing in the final table were our Clerk and Peter with all of us manging to stay out of the last two.

The organisation, food and refreshments (well I would say that wouldn’t I) were all excellent and well received and made for an excellent day’s fun and entertainment.

A provisional date of 13thJune has already been booked for next year. 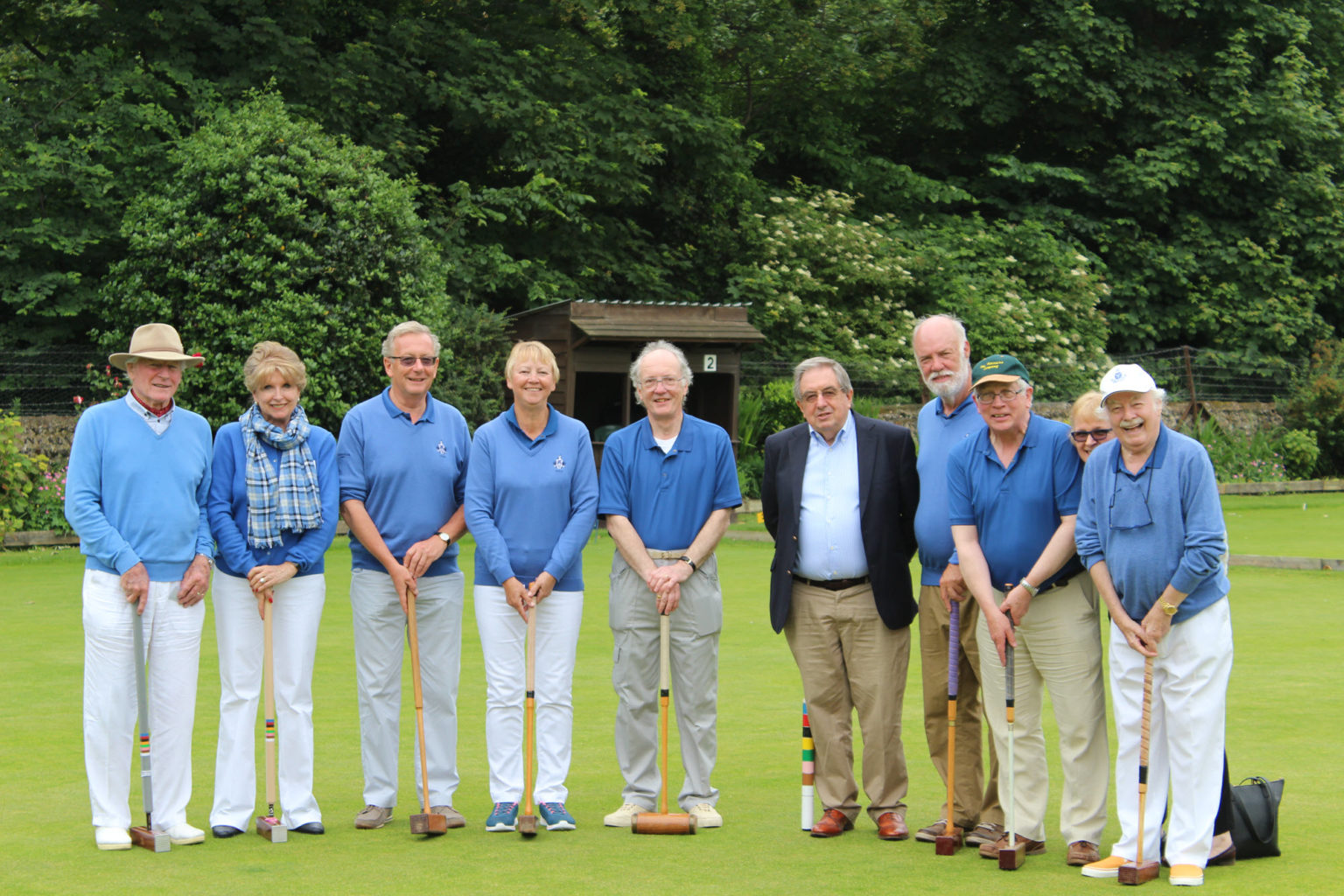 More pictures can be seen in the GALLERY Section. Click here to see them.