The Worshipful Company of Feltmakers host and organise a highly enjoyable day of tennis each September. Their Inter-Livery Tennis Competition is held on clay courts at the prestigious Queen’s Club which has the advantage of a back up of indoor courts in case of rain.

Each Company may enter one or two mixed doubles teams, at least one of each pair being a Company member.Teams are split into 6 groups of 5 pairs and each pair plays seven games against every other team in their group.The highest total number of games decides the winners of each group plus the two best runners-up who then enter the quarter-finals of the knock out competition for the Feltmakers’ Trophy, the rest playing in a similar Plate Competition.

The finals are followed by drinks on the famous terrace and an excellent dinner after which the prizegiving takes place.Spectators and extra guests at dinner are very welcome and the Horners have the reputation of supporting this in good numbers especially our Masters, Mistresses and Clerk.We are all made extremely welcome by the Feltmakers.

In September 2016 the Horners were represented by Freeman Robert Pinchen and Cynthia Hunt and supported by the Master and Mistress, our Clerk Jonathan Mead and his wife Gail. Robert and Cynthia were runners-up in Group one against the Girdlers, Peweters and Dyers so went into the knock-out rounds. Playing well they reached the semi-finals only to be knocked out by the Drapers. Both players had a most enjoyable time.

Mary Hunt would be delighted to hear from potential players and spectators who would like to participate this year. 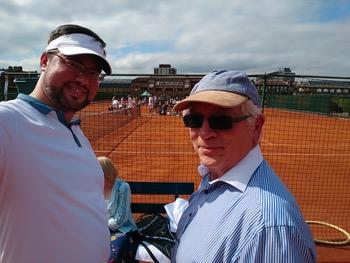 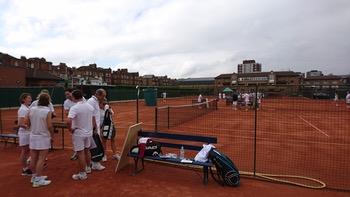 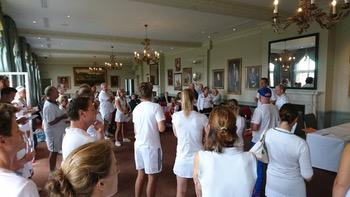