On 2nd June 2017 a team from the Company, Assistant Martin Muirhead, Liveryman John Roll Pickering and guest Simon Glen, attended “The Outer” a day of target shooting organised by the Bakers’ Company and based at the RAF Target Rifle Club’s pavilion at the National Shooting Centre, Bisley in Surrey.

On a very hot day we shot four different disciplines, sniper rifle at 300 yards, target rifle at 900 yards, gallery rifle at 25 yards and .44 black powder pistol at 15 yards. Although competitive with a silver cup and a number of engraved glass tankards available to be won, the emphasis of the day was on enjoyment both of the company of sixteen other teams from Livery Companies and of the excellent hospitality afforded by the hosts; it also generated a donation to the RAF Benevolent Fund. 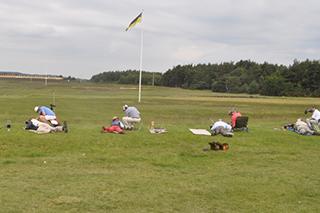 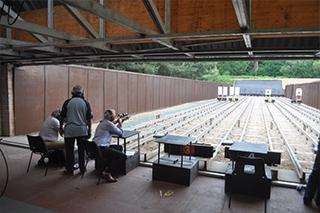 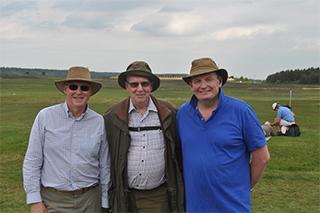