Home > The Company > Our History

The History of the Worshipful Company of Horners

ARTICLES about our HISTORY

The Worshipful Company of Horners is both an ancient guild and a modern City of London Livery Company.

The original guilds, later called livery companies because of the liveries they wore, have always played a major part in the governance of the City, electing and supporting the Lord Mayor, the Sheriffs and the Corporation.

The companies were initially founded to promote the crafts and ‘misteries’ which were the backbone of commercial life of early and mediaeval London. Today they cover a much wider range of skills and professions, but still provide the foundation for the City Corporation

The craft of the Horner goes back ‘to time immemorial’, and there is no doubt that it was practised long before the Norman Conquest. The first known reference to the Company was when its ordinances were ‘corrected’ in 1284, making it one of the most ancient of livery companies. Horn is a natural plastic [keratin], which allows it to be moulded into many articles, such as beakers, utensils, combs and buttons, but its greatest use, right up to the 18th century was in being beaten into translucent sheets to be fabricated into lantern leaves and even windows. As late as 1745, the Company had rights to ‘press lantern leaves’ for the City lighting, and up to Tudor times there was an official Horner to the Crown.

In 1391 the Company was granted new ordinances which allowed it to elect its own wardens. Previously in 1362 the leather Bottlemakers were placed under the protection of the Horners, by 1383 there were only ten working in the City, and in 1476 the Bottlemakers were formally incorporated into the Company. In 1465 there was an important Statute that protected the craft, commercial rights and mysteries of the Horners. This Statute was later incorporated into the Charter granted to the Company by King Charles I on May 5th 1638. This Charter established the offices of Master and Assistants of the ‘Fellowship and Mystery’ of the Company of Horners.

Unfortunately, the subsequent centuries saw the decline of the Company and the use of horn, largely accelerated by acrimonious trade disputes and the growing availability of cheaper glass. This ‘ingenious but stinking business’ was banished to outside the eastern City boundaries. However, despite these setbacks, in 1846, a petition to Parliament resulted in the Company being granted full livery rights. As a result, by 1890, the Horners had regressed to an introvert dining club, and the hall and plate had to be sold.

Whilst the use of horn continued to decline, the twentieth century saw a considerable rise in the Company’s fortunes. Through a succession of enterprising Clerks and Masters, their numbers were allowed to rise to 100 in 1905 and then to 200 in 1925. Seven Horners have served as Lord Mayor and many others in the office of Sheriff. In 1943, recognising that the working of horn was no longer a viable industry, the Company had the great foresight to adopt its modern equivalent, the Plastics Industry. Since that time the Company has played a role, and kept pace with a significant international technological industry. Similarly, bottle production has progressed to be a major consumer of plastic materials, and bottlemaking once more fits the Horners’ portfolio.

Thus an ancient guild has transformed itself into a twenty-first century City institution, where today, its 250 or so members hail from the City, the Plastics Industry and the professions. The Company’s progressive charitable activities are focussed on supporting science education at all ages through teacher development and internet provision, and the promotion of excellence in Plastics Design and Technology. Each year, the Company also donates to charities chosen by the Master and the Lord Mayor, and allocates funds for City related charities.

Ten years ago, our Upper Warden, Mike Birell, prepared a superb presentation for the Polymer Study Tour in London  describing our History and our embracing of the plastics industry. It is as relevant today as it was then and is highly recommended. Click on the picture below to view it. 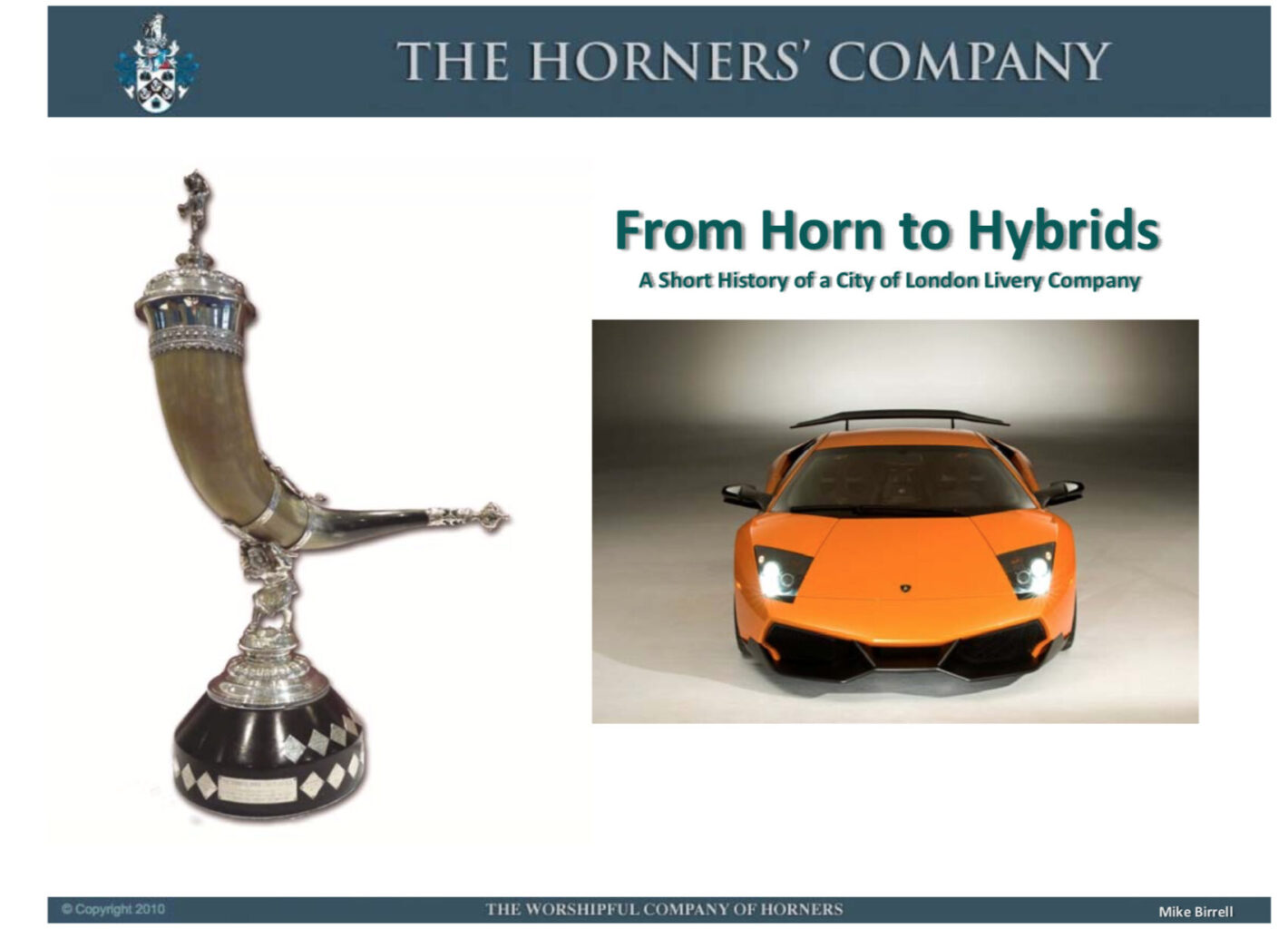 HORNERS GIFTS TO THE ROYAL FAMILY

In the early 20th Century the Horners gave three horn caskets on different occasions to the Royal Family. Click on the picture to read more. 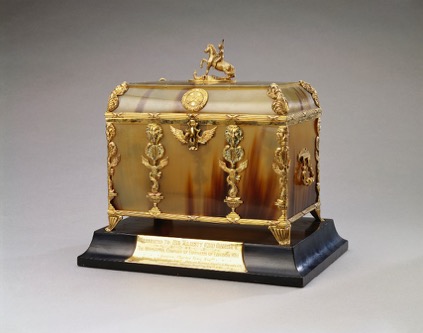 A SHORT HISTORY of the HORNERS by JM Fisher

A Short History of the Horners was written by FJ Fisher in 1936. Click on the picture below to learn more. 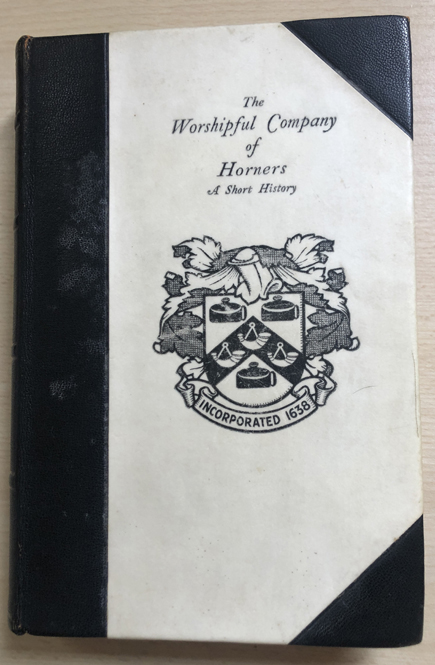 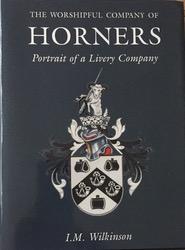 This book was not the first book on our history to be written, and it is certainly not the latest. Our History was brought up to date in 2015 by Honorary Liveryman Irene Wilkinson whose book entitled ‘HORNERS – Portrait of a Livery Company’ is available on sale from the Clerk for the modest sum of £25.