From Saxon times, the trade Guilds of the City of London (Guild meaning Payment which was required of members), later to become Livery Companies (from the distinguishing clothing “Livery” worn by members), have been involved in the governance of their City. This came about through a succession of Charters granted by the Crown which established, first the Sheriffs (Shire-Reeves or officials) and then an elected Mayor. From this foundation gradually emerged the present government of the City.

The City of London Corporation Today

The City of London Corporation today is a local authority with the Lord Mayor as chairman, assisted a “Lower House”, termed the Court of Common Council, and the Court of Alderman; an “Upper House”. This structure is supported by the bureaucracy necessary to service the needs of the City.

In the past, the two Courts were elected only by residents of the City. More recently, to improve the democratic nature of the City’s governance, the representatives of commercial and other organisations with offices in the City were added to the Electoral Roll. This greatly swelled the number of voters in City elections. Unlike other UK local authorities, voting for the Aldermen and Common Councilmen is not based on party political lines.

The Livery Companies place in the Electoral Processes

One of the main roles of Livery Companies is to support the Lord Mayor and the Livery still plays an active part in the City’s electoral processes. The City is divided into Electoral Districts, termed Wards. At this level, most if not all Companies are entitled and encouraged to vote for their ward representative Alderman and Common Councilmen.

The Lord Mayor and the two Sheriffs are elected for a period of one year. To become Lord Mayor, an individual must be an Alderman who has served in the office of Sheriff. One of the ancient privileges granted to Liverymen is to elect the two Sheriffs and, following a summons from the Lord Mayor, this takes place annually in Common Hall at Guildhall. On a second such summons to Guildhall, the Livery assembled recommends a favoured candidate to the Court of Alderman, for Election as Lord Mayor. The Court of Alderman retires and its vote produces the Lord Mayor for the year ensuing. 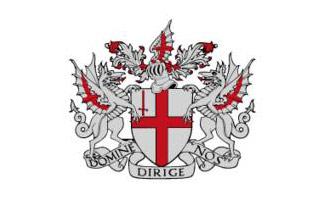 Established in 1933 the British Plastics Federation is the most powerful voice in the UK plastic industry with over 400 members across the plastics industry supply chain, including polymer producers and suppliers, additive manufacturers, recyclers, services providers, end users, plastics processors and machinery manufacturers.

The BPF promotes the interests of its Members principally through its four Market Sector Groups and its many common interest Business Groups. The BPF Central Expert Committees address industry wide concerns including Environment, Fire, Product Safety and Industrial Health & Safety.The Horners maintain strong links with the BPF and a number of Past Masters and our current Master have been past presidents of the BPF. The Horners Plastic & Bottlemaking awards are sponsored jointly with the BPF.

Most Livery Companies support a member of our armed forces and the Horners support 27 Squadron RAF based at RAF Odiham in Hampshire.

The Squadron flies Chinook helicopters comprising of three flights A,B and C. Each flight consists of 7 crews of 4 (2 pilots and two crewmen) and deploy as an autonomous unit. There is a great spirit of competition between the flights and each year they compete for the Redmile Horns (pictured right) which are presented to the winners by the Master. The flights take turns to provide cover in the UK for National Standby, to train and to deploy.

The Horners sent Christmas Parcels to those of 27 Squadron when deployed in Afghanistan and one was placed at the foot of everyone’s bed in lieu of Christmas stockings which were much appreciated.

27 Squadron provides the Guard of Honour at our annual banquet in the Mansion House. 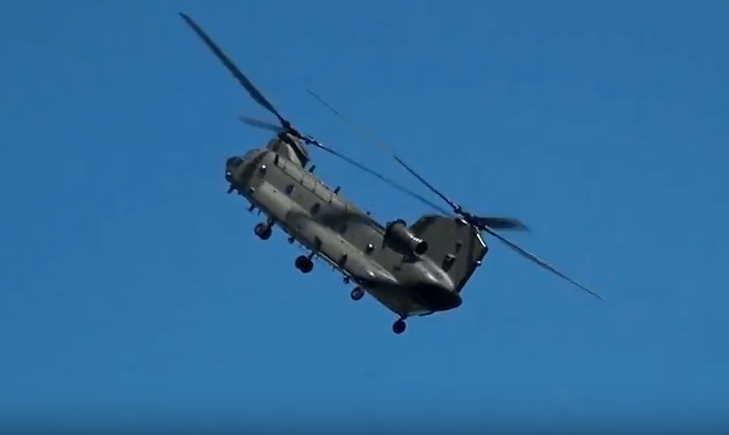 The Horners are pleased to have an association with Air Training Corp 1349 Sqn.
Air Cadets, aged 13 to 18 and their supporting staff get the opportunity to participate in a large range of stimulating and rewarding activities. Where else could you learn to fly aerobatics, visit Royal Air Force Stations, tour foreign countries, play sports from local to International level, learn the skills to lead expeditions, become a target shooting marksman, gain your Duke of Edinburgh’s Awards, canoe through white water, assist your community, join a band, learn aviation subjects, go caving, parachute, climb, sail, ski…? These and much more are readily available to you as a member of the Air Cadet Organization, whether you are a cadet or staff member. 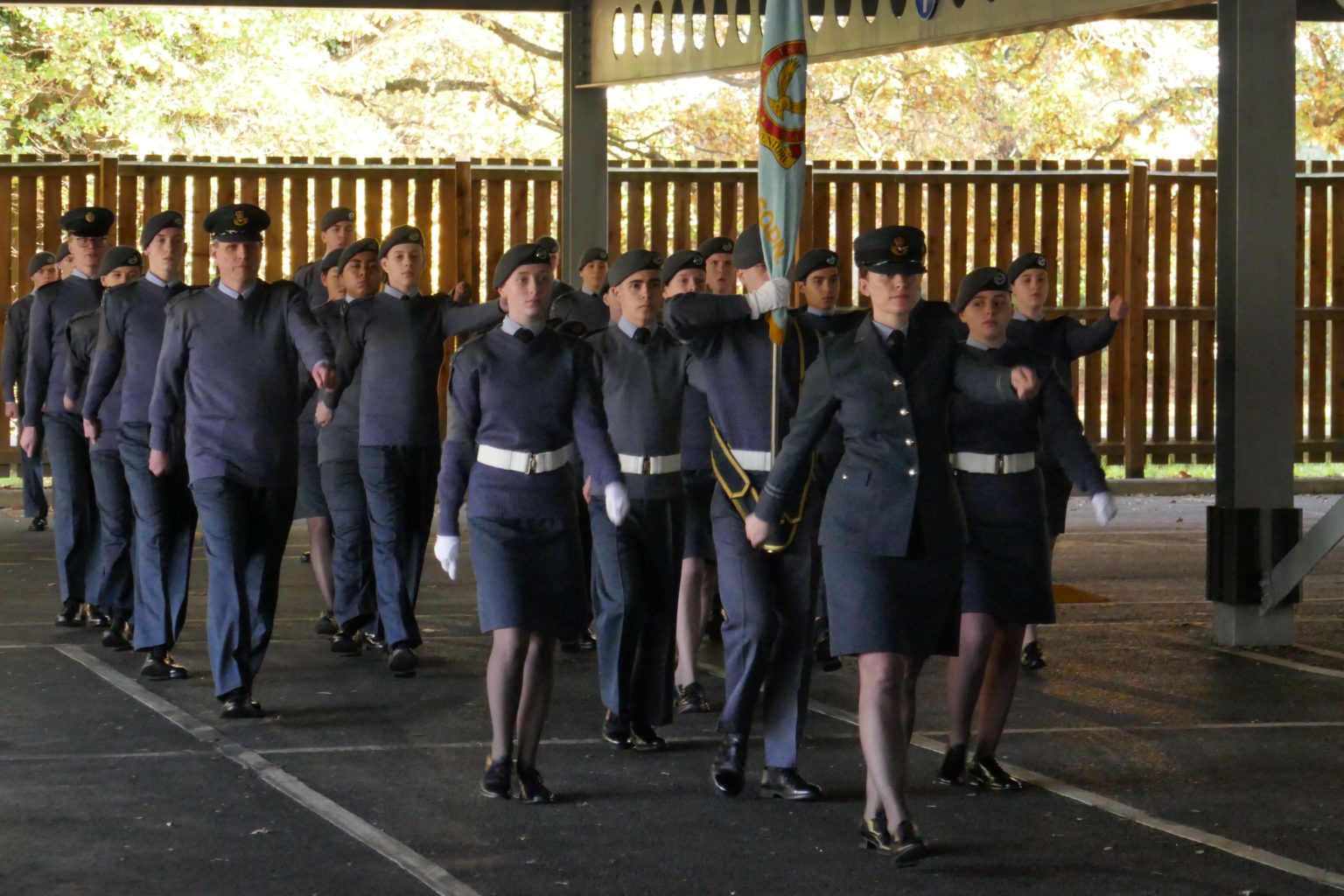 We arrived in time to see the last of the Squadron demonstrating their skills in undertaking the assault course, which involved crossing high walls, walking along narrow high walls, jumping across ditches and crossing a high rope bridge; it was nice to see the cadets showing great encouragement to one another and working so well together as a team. The general consensus of the Horners was that it was a good job we hadn’t arrived early enough to have been invited to attempt it ourselves!

We then joined the Squadron for lunch in the camp mess, where we had the opportunity to mix with the cadets and staff to informally talk with them and learn more about what they had been doing whilst at the camp.

Following lunch and a visit around the Squadron control centre at Longmoor it was time for the Horners to get involved in some activities. There were two command tasks and an archery competition.

The first command task tested our memory where we had a short period of time to look at a structure made of “duplo” bricks after which we had to construct the same structure from a box of “duplo” bricks, which contained more than just those bricks that were needed. According to the cadet in charge we did very well, completing the task quite quickly. The second task required solving a problem of moving a stack of 5 tyres (reducing in size from the bottom to the top), one at a time and reconstructing the stack. Sounds easy except there were only 3 points where the tyres could be placed, including the point of the original stack, and we were only allowed to place smaller tyres on top of larger tyres! Our honour was saved by the remarkable effort of Robert Pinchen who solved the problem. 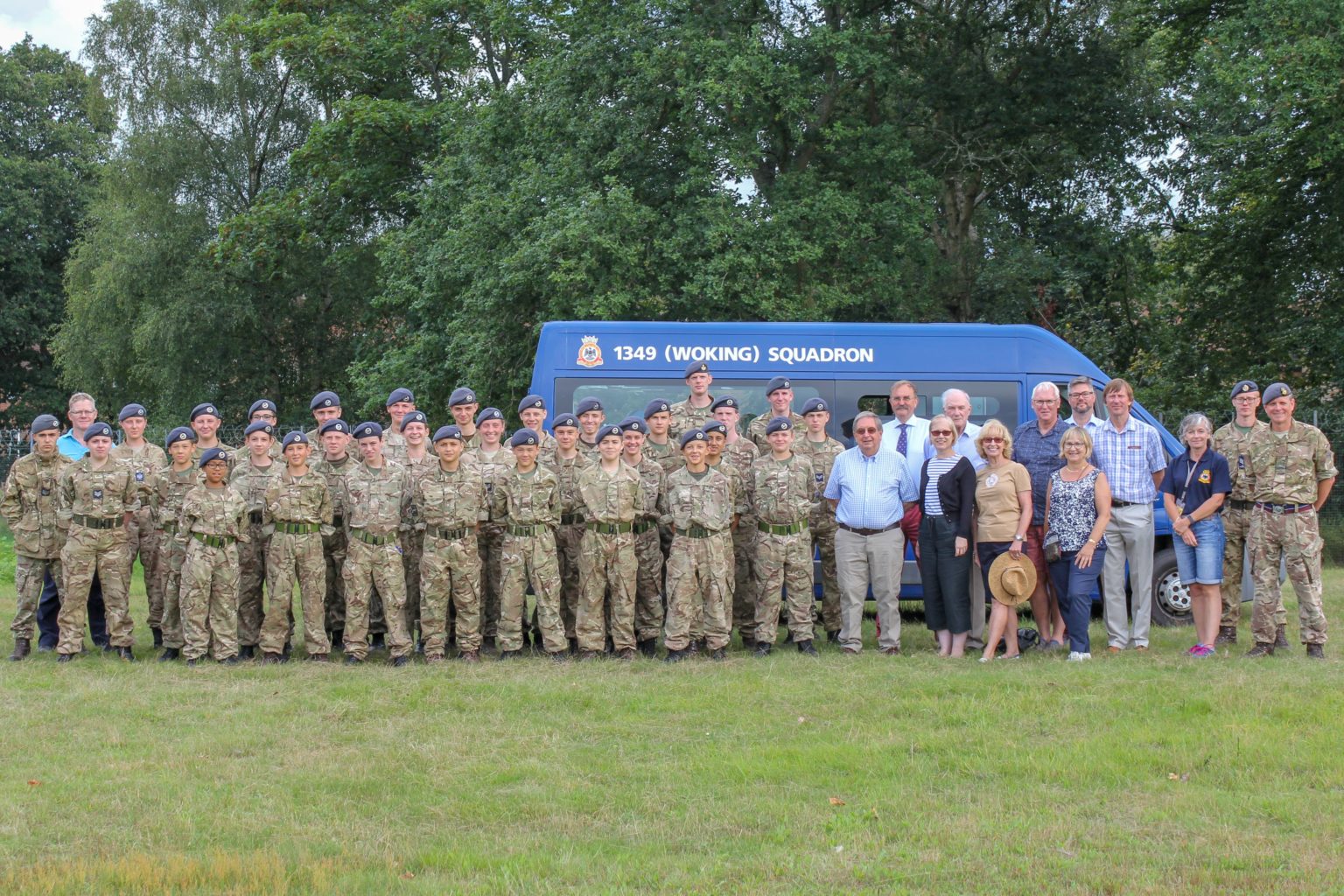 The Museum of Design in Plastics (MoDiP) is part of the Arts University College Bournemouth. Its purpose is to provide a dynamic study and research resource to help the understanding and appreciation of popular design and culture in Plastic. The extensive horn collection owned by the Horners Company is housed at this museum.

Further details of the Horners collection at Bournemouth can be found by following this link to MoDip.

In 2017 The Horners formed an Association with HMS Puncher.

HMS Puncher is part of 1st Patrol Boat Squadron (1PBS).  She is a member of the P2000 class; the smallest craft in the Royal Navy.

The ship is affiliated with the London University Royal Naval Unit, whose students whilst at sea, practice navigation and seamanship skills.  These may include chart planning, acting as Officer of the Watch, using the ship’s radar and carrying out seamanship evolutions from anchoring to securing alongside.  Instruction is provided in engineering, firefighting, damage control and ship handling.  Her homeport is HMNB Portsmouth.

Weekend training at sea is usually limited to visiting UK coastal ports but  she has deployed with seven of her class on the NATO Exercise Baltic Operations, part of a force of 43 ships from 22 nations.  The exercise featured live fire training, anti-surface and anti-submarine warfare, mine warfare, air defence and joint personnel recovery from the sea (a key role for ships of 1PBS). 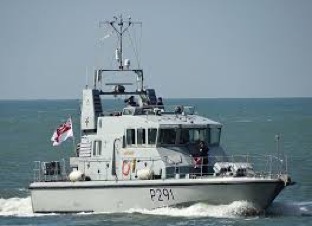 The Plastics Historical Society (PHS) was formed in 1986 to raise awareness of the heritage of the plastics industry and to celebrate all things plastic.

In so doing it also highlights the key role that natural polymers like horn, tortoiseshell and ivory had played for centuries in articles of utility and decoration. Because of the Horner’s Company’s close connection with the Plastics Industry, there is a natural affinity between the Company and the Plastics Historical Society, and a number of the Company are members of the PHS. The Company’s Horn Collection and the PHS’s own plastics collection are both housed at the Museum of Design in Plastics (MoDiP) in Bournemouth.