The Mistress Horner Diana and I set out on Sunday 26th April, the planned day of the London Marathon, to raise funds for the Masters Charity, Serious Trust. The intention was to cycle 26 miles being the length of the London Marathon. However Diana was so keen, she kept saying why stop? Let’s go further in the perfect conditions with no traffic, except dogs and their walkers! In the end we cycled to Margate and back which was just over 40 miles in total. Cycling time was around 3 hours but total time with a number of stops was nearer to 4.5 hours.

Attached are a few pictures from the day, I know it looks like a bit like a holiday but it was hard work as Diana will attest as it was only her second time on a bike this year! 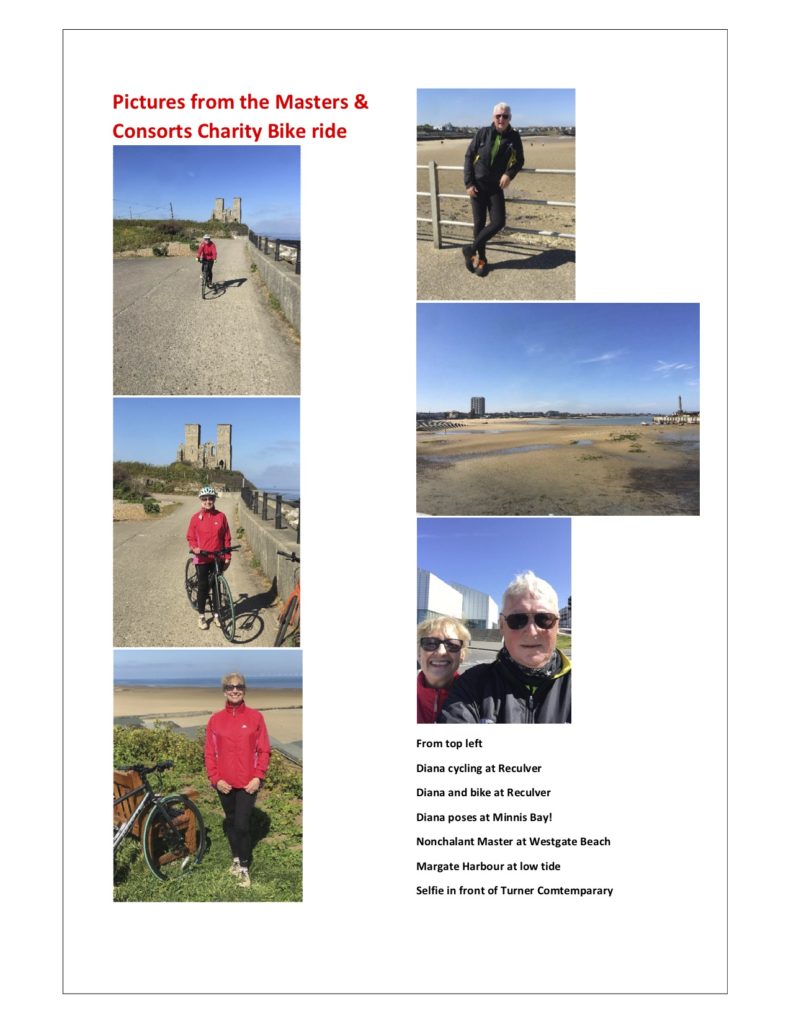