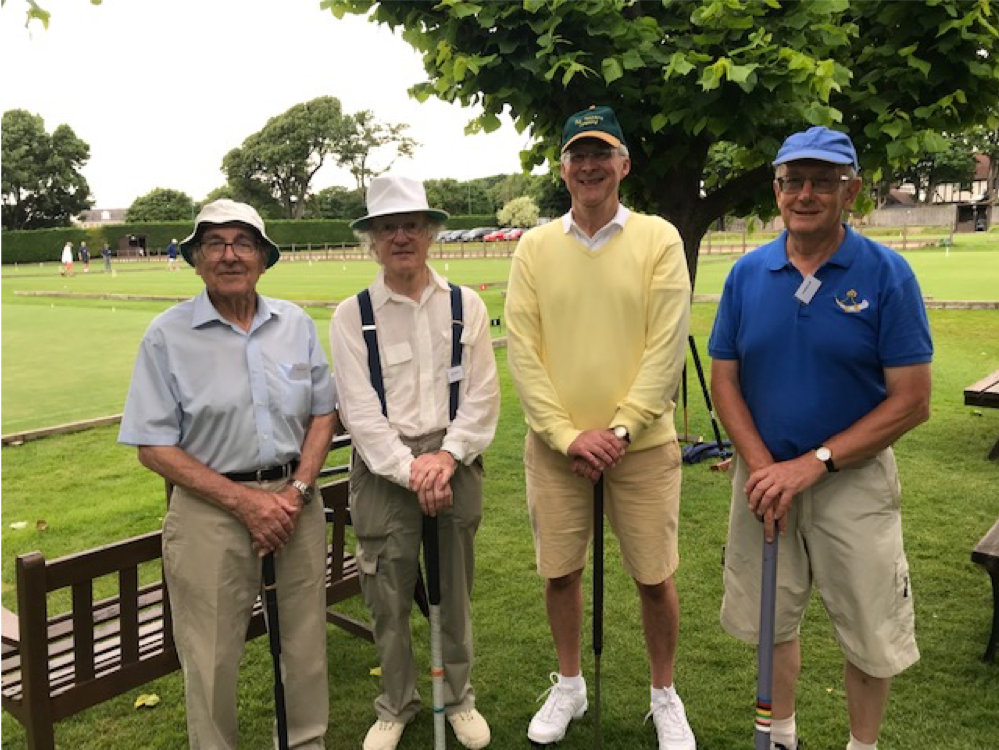 The Horners entered two teams in the Glovers Inter-Livery Golf Croquet Tournament at the Sussex County Croquet Club.  This was the fourth such tournament which continues to grow in popularity with entries this year from twelve different livery companies limiting the number of teams each company could enter.  As it was, the entry used all eleven excellent lawns at Southwick.

Our “A team of Denis Cruse and Tim Firth had comfortable wins in their two morning games with our “B” team of guest Jim Heath and Alan Price losing their first game to an experienced pair of  chartered accountants but winning their second against the Framework Knitters.

An excellent lunch in the sunshine did seem to have a detrimental effect on our teams afternoon performances with the “A” team losing its first afternoon match to the eventual winners and the “B” team scraping home against the actuaries after a play-off. As fate would have it with both teams having had two wins and a loss they faced each other in the next round.  After a titanic struggle extra time was needed to decide the match with the “B” having a bit of luck on the deciding hoop.

This resulted in the “B” team having an extra game against the Butchers’ “B” team who showed their skill and guile to win 7-1.

The Leathersellers took the winning cup home for the second year running with the Horners “B” team finishing in 7th place just ahead of the “A” team.

This was another really enjoyable, well run, friendly tournament at the venue for the World Golf Croquet Championships at the beginning of August this year.